When DJ Deanne first moved all of her livestream shows to Twitch, I was a little sad because I thought the social outreach wasn’t as great as Facebook, but with Facebook LIVE becoming more and more problematic for streaming, the social outreach was a moot point, and the following on Twitch continued to grow.

As it turned out, Twitch had other perks that Facebook did not have: the ability to RAID other streamers with similar streams and build a bigger community of likeminded individuals.

Shortly after Deanne joined the Twitch community, she joined another—the QuadSquad, and among the three other members of the QuadSquad was Susan Esthera.

While Susan didn’t commission the creation of the QuadSquad logo, she was the first member I showed the logo to after creating a more concrete icon for the Thursday Twitch foursome to place on one of Deanne’s flyers. 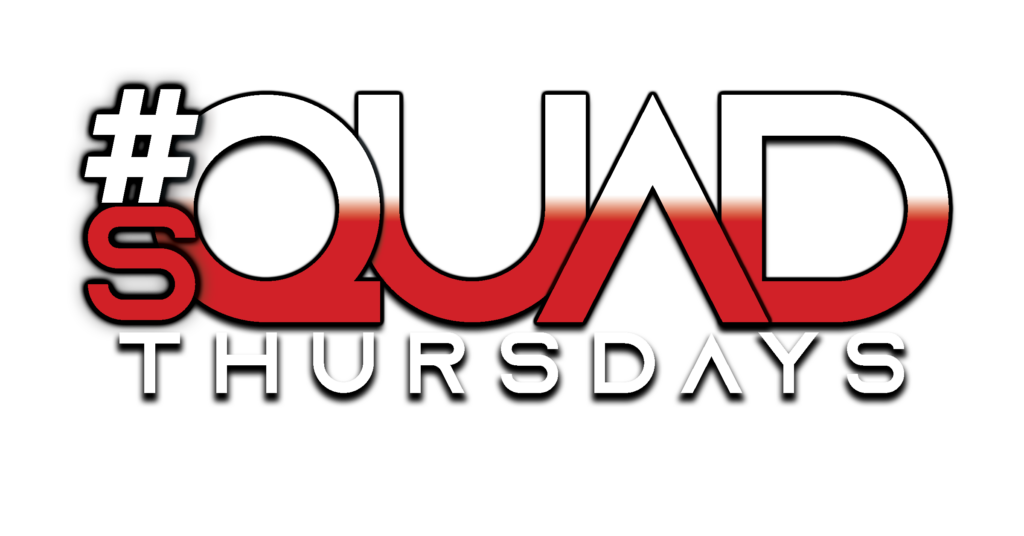 Susan recently relocated her studio area from her basement (dubbed The Underground) to a brighter room in her house. With the addition of some swanky new wallpaper and a fresh, formal style, her new studio became The Velvet Room, so she obviously needed an updated logo for her updated space.

Funnily enough, I had started this logo already, meaning to surprise her with it, and even managed to choose the exact name she picked for the new space… apparently we both felt it was most fitting.

The plum variation you see is the official logo, but I gave her a few different variations, including some with backgrounds to use for scenes in her livestream broadcasts.

After creating the QuadSquad logo and the rest of the team seeing all the flyers I was doing for Deanne, Susan approached me to refresh the flyers for a couple of her streams.

Susan didn’t keep her “Just Kickin’ It” livestream all that long, but she really liked the artwork I had done for it and wanted to repurpose it for her Retrovision livestream that she just started—complete with her new Velvet Room logo.